Progression and regression. The faster we forge ahead the quicker we seem to fall behind. My impression of life in France and Britain at the moment.

Boris Johnson wins a large parliamentary majority in the UK election and announces that we can now forge ahead on Brexit – leaving the European Union, so that Great Britain can determine her own destiny. The right wing UK media scream that we are now free and that Britain can be great again

A universal guaranteed state pension for all. One of those long-fought-for and hard-won social progessions that is now a basic right  and in the eyes of the nation’s workers is now being slowly but surely  eroded and «stripped away» – so a progressist measure becomes a regressive measure. The workers go on strike, unfurl their banners and take to the streets in protest – such is the French way, using old tried and tested tactics to reverse the reforms.

The UK leaving the EU – a progressive measure in the eyes of the Brexiteers, but a regressive, retrograde step for those who support remain.

Compromise kicks in. French workers might well accept some of the government’s pension reforms, but only after weeks of strikes. Mr Macron will make a few concessions and proclaim a victory for comon sense when parliament votes through a diluted version of his reform. The French trade unions will cry victory as they  call Macron’s concessions a «government climbdown.»

In the UK, Boris will push through his Brexit and the UK can get back to normal life, but it won’t be a «hard» Brexit, a «no deal» Brexit – simply a new way of working with Europe.

One step forward and one step backwards. Living in the past for a better and brighter future and clinging on to the belief that the future can be just like the past. 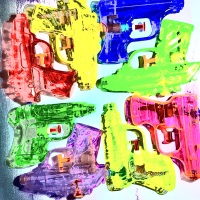