It all started in the summer of 2003, with breakfast on a cross Channel ferry, plying that grey murky slim stretch of water between Dover and Calais. A full English breakfast with sausages, beans, french fries and … a whopping plateful of food that I was never going to finish – but before I bin it – just a quick photo. I had just acquired my first decent digital camera, so I took a photo of my unfinished masterpiece (below) Hey, I’ve paid for this, I’m damn well gonna take a photo! And that was the day that I just started to take photos of “stuff”.

So for fifteen years or so, I’ve been taking photos of “crap”, or the kind of photos that others might qualify as “crap”, but recently seem to have become an art form. People have always asked me “why are you taking a photo of that?” as I point my camera towards a bin and photograph the anarchic accumulation of rubbish – I don’t see it as rubbish, this is a random, one off sculpture of 21st century living – and I am taking a photo of this because no one else will – and such has always been my photographic credo. Rubbish, people, places or just moments that no one else will bother to capture. I was doing this long before discovered the likes of  Martin Parr, Raymond Depardon, Diane Arbus, Al Wei Wei – These are my favorite photographers, though I won’t say that they influenced me, I just discovered them as I took more interest in photography, though I am in no way a photographer.

Thursday July 13th; Went up t Paris to see the David Hockney retrospective that’s jet transferred to the Pompidou Centre from the Tate Modern in London.

I’ve always liked Hockney’s very photographic and vibrant style – bright flours, easy subjects – I don’t ned to look for an inner meaning, the work just speaks for itself. After sauntering through Mr Hockney’s “relaxed” universe, I stumble into another exhibition on the work of an American photographer Walker Evans.

How can I describe this – it is revelation, confirmation – over 300 prints of … well the sort of stuff I take shop fronts, abandoned buildings, window displays – using the camera to encapsulate all those people, places, objects and moments that no one else ill take because – “why are you taking a photo of that????”

In a kind of Walker Evans spirit, I wanted to show you the results of a day’s “snapping” in Paris. Seeing Mr Evan’s work has finally enabled me to put a name on my style of photography – vernacular photography.

I don’t know why, I’ve always loved taking photos from cars or trains to capture those landscapes we cross to get somewhere else – those dead parts of France we endure to get to the beach, or those flat, endless agricultural lands the train crosses on the way to Paris. Here are a few clichés of my journey. Notice I tend to use quite a few filters to make places just a slight more bleaker than they actually are. When I had my old reflex camera, I tried mucking around with filters but just gave it up as a fiddly gimmick.

I’m using an Olympus Stylus 1 as my main camera nowadays – lightweight and bristling with gimmicks – it’s a great little piece of gear, far better to the than the huge bulky old Nikon I used to have – you know, the massive Nikon with the 28 to 105 lens that everyone seems to have nowadays – for sure a great camera, but to heavy to carry round and deploy.

So, welcome to Paris

Here is Paris minus the Eiffel Tower and then two Eiffel Towers for the price of one – I’m playing round with an overlay feature on the camera.

This was the day that Donald Trump was in town and this was also the week that Paris welcomed the International Olympic Committee and “showcase” the city for ts 2024 Olympic bid. The lace has been cleaned up, and the homeless removed – on Monday 11th July there was a huge police operation to shut down and clear out camps of illegal immigrants along the Seine and in the north east of the city where the Olympic park is set to be built.

First off, one sleeping bag, all that remains of an illegal camp on the banks of the Seine. 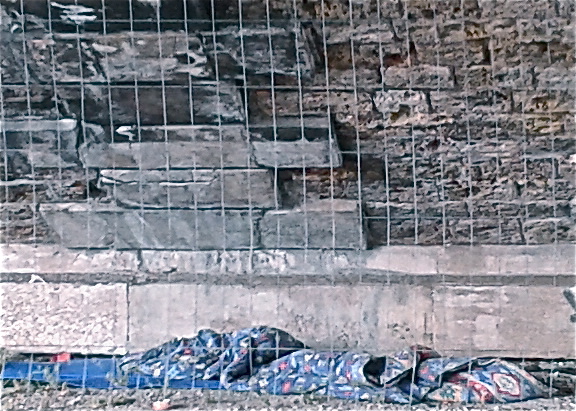 Not far, just down river, the old Salvation Army barge, anchored on the same spot since 1909, now closed down and just a few yards from a huge barge converted into a luxury hotel

Not all illegal camps were cleared, occasional tents can be seen here and there, this one is in the shadow of a church in the city’s St Paul area – right in the heart of downtown Paris

Playing their part in the clean up, are the city’s roadsweepers. Not happy with the resolution on this photo, I took it with the camera app on my old Samsung mobile.

No trip to Paris is complete without photographing tourists or “Bloody Tourists” as local and traders curse, all the while taking their money or renting out their apartments to the tourist hordes on Air B’n’B – so rife is the Air B’n’B trade that the Paris city authorities are taking steps to regulate it. arms is beginning to suffer the fates of Air B’n’B twins like Venice, Barcelona and even Edinburgh – property promoters buying up empty flats purely for tourist rental, thus “gobbling up” the already limited stock of housing for the locals and ensuring that the downtown of many cities are now just tourist areas.

Bloody Tourists – we are, we have been and we will be one day. From the moment we leave home, everyone become’s someone else’s tourist. First there came the explorers, discovering new lands. Next came the settlers to exploit the lands, wiping out the locals and their traditions, and now here are the tourists who come to see those small vestige of what is left behind when something commonplace has become a rarity and thus “a tourist attraction” – I am just wondering if there are any Parisians living in the centre of Paris.

Ok, bloody tourists. Here we have some “orientals”, grouping together and then doing a Beatles-style crossing the the Rue de Rivoli.

Here are a few more without comment for your perusal 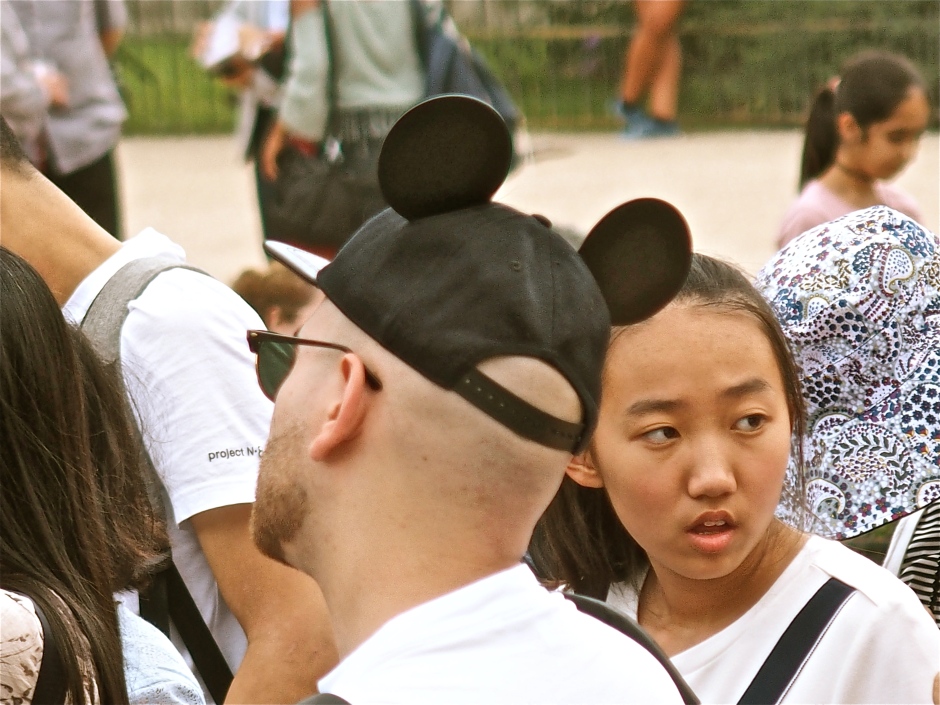 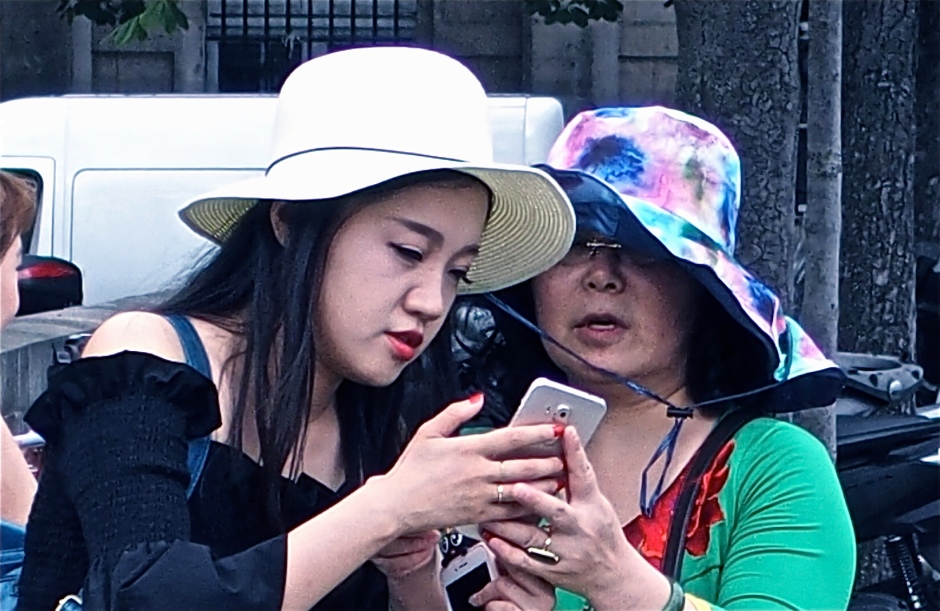