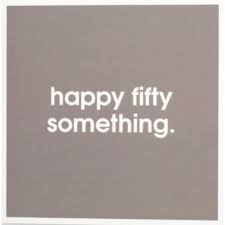 You get those incredulous moments of – « is this really happening? » and « Why me? What have I done to deserve this? » Or « is this all just a bad dream? »

It’s been a week of wondering when I might actually wake up from this bad dream.

At work, my new and over zealous young boss, speaks to me very slowly, in words of one syllable (or less) and because I am obviously on the verge of Alzheimer’s, he explains his explanation with simple examples that even some of my age and low IQ will understand.

Sitting in his office, I have long switched off. Initially his words would come in a torrent, a veritable tsunami of new terms: cohesion, quality, credibility … I would drown in his discourse, but now, I just let the words flow of my back. No point in drowning

The fate of the « not so old » – to be lectured by the young and over zealous as if we are already one foot in the grave.

I watch this young man as he lectures me. He can only be 35 or so, but heseems older than me, or at least I feel younger than him. The premature aging of those who take themselves so seriously so young and those fiftysomethings like me who think an react like teenagers – Yes I am quite definitely a « Kidult » and the young man telling me that my work is not up to standard – he is very much the overgrown « adulescent. »

There are generational differences in our « vision » of things, we both agree on our objectives, but I am being rapped over the knuckles, because I am not following the « party line » to attain my objectives. I am doing things « the old way », at least that is what my new young boss says – I’m just doing things the way I have always done them.

On turning fifty, I never gave a moment’s though to that term « mid-life crisis. » What is mid life crisis anyway? Well I am finding out – it is that moment when younger people set you aside and question what you do, to the point where you feel isolated and lose all confidence in yourself. I guess it is also where younger people put pressure on you until such time as you just « crack »

I though that in my fifties, I could just calmly cruise on life’s highway until I was that great big neon sign in the distance « retirement » – meaning I could finally pull over, check into retirement and chill out.

In a professional context I am far from aspirational, as a civil servant there comes a time when you get kicked off the fast track and are forced to pull into the slow lane – promotions are out of the question and people begin to talk of « length of service. » you won’t earn much more in the years than you get now, but you have to fight hard to keep your place. And it is a hard fight. Reinventing yourself everyday to remain credible in the eyes of younger colleagues – and finally you are confined to a far away office, a smaller desk, less responsibility and – the worst of all – weeks and weeks of training courses – so you can learn how to do again what you have been doing for years –

I see it everyday at work, the fiftysomethings all shunted off to training hell to be retrained, reformatted and restructured.

No, this isn’t a bad dream – it is waking up the new realities of life as a fiftysomething – unfit for purpose due to my age, but far too young to die.