In the wake of recent events, we will live to regret words and actions born of haste and hate. Those action we take today in the name of vengeance and those words we utter in hate will shape the future for our children. From the murderous events of 13/11 we must seize the chance to reappraise our republican model and our universal values. The massacre of innocents is sadly not a unique event – it is just one more useless and senseless massacre in what we call “The war on terror” – the war unleashed by 9/11 or that war that had been simmering long before – that war whose roots lie back in our colonial past. The way we treated people in the past has helped shape the radicalism of today, and the way we treat people today in the wake of recent events …? 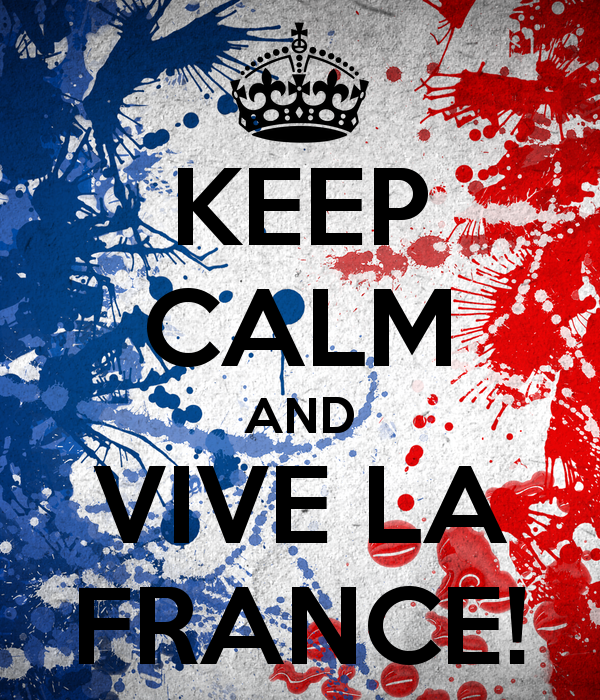 The Sunday morning market at the Halle St Bonnet – the reassuring dominical clichés of deepest provincial France. The good citizens of my small town back water, clutching their wicker baskets, hustle and bustle round the stalls – a collection of rough and ready trestle tables heaving under the weight of fruit and veg. Local market gardeners sell their wizened, gnarled produce, the kind of ugly vegetables that you will never find in the supermarket – of course it’s all organic. The olive man, a tall Moroccan guy, sells his mixed olives, ladling portions of them into small bags for customers from huge plastic buckets – enormous, juicy thick green and black olives, mixed up à la Provencal or his own special spicy melange. A few yards away the curry man is cooking up a huge vat of Korma – 5 Euros a portion, bring your own Tupperware – We converse in a mixture of broken English and fractured French, enough to know that he has recently arrived from the Punjab and only uses fresh free range chicken in his Korma. On the far corner of the market square, the clothes man has set up shop – a vast tarpaulin spread out on the ground on to which he dumps a mountain of clothes – men’s’ women’s’, all styles, all sizes second hand or bankrupt stock; socks, sweaters, shirts, blouses, knickers all mixed up in one great clothing cacophony. His customers pick their way vulture-like through the pile looking for a bargain: black, white, French African, Magrehbin, Vietnamese, there is no such thing as race, creed or colour when you are looking for cheap and cheerful clothes.

The market hall is built to a design from that most iconic of French ironmongers; Gustave Eiffel himself. It is all fresh fish, meat and dairy products, sold from permanent stalls built to strict hygiene regulations. Butchers selling neatly rolled roast or thick steaks – all from freshly slaughtered local Charolais cattle. Further down the stalls, the fishmonger is happily filleting away – of course the fish is fresh, the fishmonger has been on the road for the best part of he night, driving yesterday’s catch up from the Atlantic in his small refrigerated van.

I’ve finished my shopping – a freshly roast farmhouse chicken from the chicken woman – she’s a large and larger than life Portuguese lady, regaling her customers with a few jokes and an infectious cackling laugh. She chats with total strangers like she’s known them for years, she’s the sort of lady who can coax your entire life story out of you in minutes, and when you’ve finished chatting, she’ll add “a little something extra” into your bag, but only because it’s you – an extra chicken wing, a handful of roast potatoes that cook slowly in the fat dripping from the roasting chickens.

You could almost forget it is Sunday, until the peel of bells from the church across the market square ring chucking out time from morning Mass. Almost seems a little sinful shopping on a Sunday when I hear those bells and then see the faithful emerging from the cavernous church, but once out of Mass, they too are shopping, picking up something ready-cooked for their Sunday lunch. This is Sunday, you don’t want to go home and slave over a hot stove. Do like me, buy a freshly roast bird from the Portuguese bird, then sit down at a café terrace, order up an aperitif and just watch the world go by.

Simple but deadly pleasures, a small glass of wine and a cigarette before heading home with the family lunch. Sipping away at a Côtes du Rhone, puffing on my favourite coffin nails* whilst soaking up the glorious late autumn sun; despite the slight chill, this is bliss. Enjoy the “unseasonable” weather while it lasts, says the TV weatherman, “next week there are storms on the way”, seems though like the storms have already come.

Snippets of snatched conversations, echoes of “those events” in Paris last Friday night: “terrible …. sad… shocking …. sad …. terrible” – the same words echo in every conversation because there just don’t seem to be enough words to sum up what happened and all conversations echo with the same disbelief – a rising intonation that crescendos away into nothing, followed by shrugging of shoulders, and quiet incredulity – like we are still trying to take it all in, like it has never happened, and like we’ll all wake up to find that this has been one collective bad dream.

So, the facts of what we will probably refer to in later years as 13/11 – what the “experts” are calling an “MPTA” Multi Pole Terrorist Action – without talking about Daech or Syria or French airstrikes, the facts – on Friday 13th November 2015, eight men, armed with Kalashnikov assault rifles and wearing suicide bomb belts, rolled up to the Place de la République in the 11th arrondissement of Paris and cold bloodedly slaughtered 130 people, because these people didn’t live in the same way that the murderers lived and want everyone else to live.

The slaughter of the innocents – (to use a biblical sobriquet) – innocent men and women, just out enjoying a drink or a meal, rock fans at a concert, football fans out to cheer on the national team – all activities so absolutely evil, that they merit the ultimate sanction – in the Bataclan concert hall, where the perpetrators massacred 89 people, survivors tell of how they fled and climbed through ventilation shafts to hide in the roof, they tell of the screams of victims who were “tortured” before being shot, they tell of the murderers who proclaimed the greatness of their god as they shot their victims one-by-one … and then came the final assault by special police teams, far quicker than expected as the authorities realised that there would be no hostage-taking, no long-drawn out siege, no negotiation – they had to intervene before everyone was executed.

France awoke like the morning after the night before … “Groggy” said the French press, like we had all emerged from beneath the covers with a collective hangover, memories of the night before, when we got drunk and said something stupid or hurtful to a friend – we awake still in our half drunken stupor with some vague recollection of our actions and the knowledge that nothing will ever be quite the same again.

Awaking numb with pain. Awaking on the loss of a loved one – a son, a daughter, a friend who has been killed in a senseless accident, taken in the prime of life – you wake the next day and slowly realise that you will never see the person again. With the dawn comes the dawn of death, not the dawn of a new life because we can’t talk of life, we can only say hat nothing will ever be the same again.

Here in the Sunday morning market of my small French town, it is “business as usual” born from that resolute attitude that everything must go on as before, if we change our ways it will simply mean that the terrorists have won. In snatches of conversation I hear that well-worn phrase; “can’t happen here” – but it could happen here, in this peaceful corner of provincial France – this place is an easy target, and here I sit, sipping and puffing away thinking of the unthinkable – what if a group of well-armed kamikazes pulled up here, right now with the single intent of killing us all because …

So, Sunday continues it’s weary dreary way. Here I am at home preparing lessons, there’s a huge pile of ironing waiting to be done and I’m wondering what we are going to eat tonight and is there anything decent to watch on TV? (Though I might just go to bed with a good book.) All that dreary and weary stuff that makes up Sunday – the stuff of life is no longer of any relevance to the dead an injured and their families.

Two days on, and there has been no national outpouring, none of the vast demonstrations and mass mourning that France witnessed after the Charlie Hebdo killings in January. France is on lockdown. The President has declared a state of national emergency. In Paris schools, art galleries, concert halls and such like have been closed for the duration, large gatherings have been outlawed and people are so stunned that the time is more one of private mourning, every family across the land mourning the dead as if each victim were one of their own family members.

For the moment it is possibly a time to temper words before actions. The French Prime Minister Emmanuel Vals has talked of France being at war. Radio phone in programmes – those excellent barometers of national opinion are full of callers screaming vengeance – “we should be doing like the Russians”’ rasps one caller in a voice thick with hate. There is talk of “interning” the 1500 or so known Islamic sympathisers with radical tendencies – So, where will we put them all? The prisons are overflowing, and do we really want to build new detention centres that will be no more than French Guatanamos or concentration camps?

Time to temper our words and deeds – Saturday afternoon in the local hypermarket – the Christmas toy fair has just started and the place is packed. A juxtaposition – French shoppers (should I call them white or catholic or indigenous?) and shoppers from our local Islamic community – men with beards and women in Burqas – who as everyday are here to do their shopping – are drawing suspicious and even hostile glances from other shoppers – elderly Frenchman in a cloth cap in the fruit and veg section is visibly swearing under his breath as lady in a burqa wafts past, there appear also to be a few “trolley bashing” incidents. Lady at the checkout whispers to me –“they should really know better than to show themselves now.” What does this mean? Are we all set for a national backlash – unleashing hate … time to reflect and temper our words. Today we sew the seeds for the future. We may regret tomorrow what we do in hate and haste today.