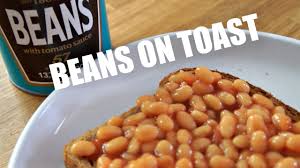 Once upon a Tuesday tea time, a little girl sat in the kitchen having her tea.

She sat on an enormous chair. The chair was too high for the little girl’s feet to touch the floor and the little girl was only just tall enough, for her head to peep over the table top.

The little girl was called Amy. No one was sure if Amy was just too little or if everything in the world, including the world itself, was just too big

Big or small?  Amy never really bothered. Even if all the other children in her class were getting taller and making fun of Amy, she would just smile back and say, “Well I’m not getting any smaller.”

Amy’s mum was really worried that her daughter wasn’t growing.

She took Amy too the doctor to get her some special growing pills. When they didn’t work, the doctor looked at Amy. He measured her up and down and side to side and turned her round until she was dizzy and then said that Amy might have to go to hospital to be stretched.  Amy didn’t fancy that.

Amy’s dad just said that Amy “will be the size she’ll be, no bigger, no smaller and that will be the right size for her.” Then dad would skulk off to tinker about in his workshop. (Because that’s what dads do in stories like this.)

Big or small, Amy didn’t really care. This was her story and It was Once Upon a  Tuesday tea time and it was beans on toast, because Tuesday was always beans on toast and that was Amy’s best most favourite ever food.

Amy was chomping away dreamily on her beans on toast.

(Amy was not a fast eater, especially when it was beans on toast. What was the point of guzzling down your favourite food (any food), like some sort of giant, greedy, noisy hoover? Beans on toast time was a time to enjoy. Nibble don’t guzzle. – Oh dear! How many parties had Amy been to, where the other kids just guzzled. They’d stretch their arms out across the table swiping up as many cakes as they could, then they’d scoff them down as fast as possible, three or four cakes at a time followed by big scoops of jelly and ice cream. How rude! And afterwards the same children would sit down, clutching their stomachs, all complaining of tummy ache, because they had eaten too much, too quickly.)

Map of the World

As she chomped, (dreamily), Amy’s dad skulked in from his workshop. He had, what appeared to be, a roll of paper, under his right arm, and in his left hand he had his toolbox.

He walked over to the kitchen table. He pushed plates, and cups and saucers and Amy out of the way and then unrolled a large map. It was the largest map that Amy had ever seen. A huge map, big enough to cover a whole kitchen wall.

“Your mum wants me to decorate the kitchen, but I haven’t got any wallpaper so I’m putting up this map” he explained to Amy.

“Yes.” (“though there may be others” thought dad.)

Amy stared long and hard at the map.

“Is that all our world?” she asked presently.

“You’re not the smallest girl in the world, and the world is a far bigger place than this map, and even the tallest boy or girl in your class is smaller than this great big world.”

Amy was thinking about what her dad had said as he rummaged around in his tool box, looking for a hammer and nails and drawing pins or tape to put up the map on the kitchen wall. There was a clinking and clanking sound as dad foraged to the very bottom of his toolbox.  As dad put up the map he shouted (words that children should never hear) at the hammer and then the nails and then the wall and then he howled in pain as he hit his fingers with the hammer (and he shouted more words that children should never hear), and when the map was almost up, it decided to unfix itself from the wall and fold itself round dad and then dad fell off his step ladder. Amy laughed. Dad grunted and growled. He was so clumsy and so funny, all arms waving everywhere, all fingers and thumbs, one leg on the ladder and the other stuck out mid-kitchen. He certainly couldn’t put up posters, It was a wonder that he had ever managed to build any rocket ships.

Yes, that was Amy’s dad – a designer and builder of diverse and wondrous flying machines, including Moon rockets, jet balloons, flying saucers and supersonic-Zeppelins. He had designed and built flying machines for the President of the World, the Queen of England, film stars, millionaires, billionaires, trillionaires and even zillionaires. Amy’s dad was the best rocket-builder ever, but he couldn’t put up posters.

When the map was finally nailed, glued, taped and pinned to the kitchen wall, dad sat down and had a cup of tea, whilst Amy just stared at the big wide world that had just unfolded in front of her. All the different colours of all the craggy countries and the big blue patches of seas and oceans. It was just so beautiful.

“Daaaaad?” quizzed Amy, in that kind of voice that means children want something

“Yeeeees” slurped dad as he drank his tea.

“Is this all the world that we live in? “

“Can we go and see the world this weekend?”

“Hmmm?” grunted dad with an indifferent grunt trying to pretend he hadn’t heard the question.

“Can we go and visit the World this weekend? Can we visit the whole world? Can we go everywhere? Can we take baked bean sandwiches for a picnic?”

Amy thought it was a great idea. Dad was not so sure.

Dad did what all dads would do. He uttered those magic dad words, “We’ll have to ask your mum?”

Mum crumpled into an armchair, whilst Amy made her some beans on toast (because it is still Tuesday)

“Mum, can we go to the world this weekend?”

“To the where?” asked mum, surprised at Amy’s question

“Can we go to the World? Dad says that big poster in the kitchen is a map of the World and I’d like to go there.”

Mum was too tired and Amy’s question was too difficult to give an easy answer, so mum did what all mums do. She told Amy it was late and time for bed and dad would read her a bedtime story and “We’ll see in the morning.”

Going Round In Circles

Dad was reading Amy’s favourite bedtime story, the one where the ugly princess kisses the Prince, and he turns into a frog, and hops off to find his own prince charming. (Amy wondered what happened to the ugly princess, but I’m sure we’ll find out later.)

As usual, When the story was over, and everyone was living happily ever after, (except the ugly princess) and dad was about to switch off the light, (and wishing that Amy would go to sleep), Amy started asking questions. Those type of questions that children always ask when they don’t want to go to sleep. Straight and simple questions that require more than just a little adult imagination to give a straight and simple answer.

“Dad, why does no one in fairy stories ever eat beans on toast?”

“Well, a lot of fairy stories happened a very long time ago and beans on toast hadn’t been invented.”

A short pause for thought from Amy, and time for dad to switch out the light …

“So,” mused Amy. “What did they eat in fairy story times if they didn’t have beans on toast?”

“No it’s not yucky. Porridge is nice,” said dad

“It must be yuck” protested Amy. “The three bears didn’t finish it. They went for a walk instead.”

“Yes they did, but Goldilocks liked porridge.”

“Well I don’t like porridge and I don’t like Goldilocks. She’s  very rude.” said Amy, sat up in bed, her arms folded and refusing to go to sleep.

“Why is Goldilocks rude?” asked dad, a little intrigued.

“Well, she goes into the bears’ house when they aren’t there. She sits on their chairs and sleeps in their beds and eats their food and then runs away without even saying  hello or thank you or goodbye and that’s rude. I would never do that.”

Dad had stopped trying to get Amy to sleep. It was the start of one of those long conversations about why things are they way they are, and it would only stop when mum came in to grumble and switch the light off.

“What happens when people fall off the world?”

Dad was a bit surprised at the question.

“Well, when you rolled out the map of the world, you said it was all the world and the map is flat, so is the world flat?

“No, the world is round, like a giant football.”

“If the world is round then, why is everything flat?

Dad had to think of a way to explain.

“So the world is a big football on the outside, but on the inside it is flat like your map.”

“So, if the world is round and flat,” said Amy, “does that mean we are all walking in big circles?

“And are we living on your map?” she added

The questions we’re too difficult for bedtime and they were getting far too difficult for dad and then mum came in and no matter if the world was round or flat, it was time to stop going round in circles and go to bed.

Goldilocks and The Ugly Princess.

Goldilocks had run and run and run and run until she was out of breath and could run no more. She didn’t know how far she had come. She didn’t know where she was. She turned round and looked back down the track. No sign of any bears. It was probably safe now to sit down and rest for a while. She was still in the forest, but the forest a was a huge place. It was also full of stories, so with a bit of luck, she might a dwarf or a prince or a witch, who could tell her where she was. She hoped she’d meet someone who might even give her something to eat, apart from a small bowl of lukewarm porridge she hadn’t eaten anything all day and now she was as hungry as a wolf on his way to Grandma’s house

She yawned a big yawn. “Oh I’m so tired. I could sleep for a hundred years,” and with that, Goldilocks slumped down on the mossy forest floor and fell asleep.

Amy didn’t uncurl or yawn and she never grumbled. She would always jump out of bed, tear open the curtains and then rush downstairs for breakfast. Stay in bed time meant less breakfast time and breakfast time was time for Amy’s second best most favourite ever food; Choccy Poops with milk and banana chunks.

This morning, Amy was more excited than ever, so she leapt out of bed, rushed to the window, ripped open the curtains and stared, wonderstruck at what she saw in the garden. Sitting on the lawn, in between the vegetable patch and the fishpond was a gleaming, silver, rocket ship, all upright and almost ready for take off. Amy’s dad was busy doing his final rocket checks before blasting off on their big weekend adventure. A trip round the World.