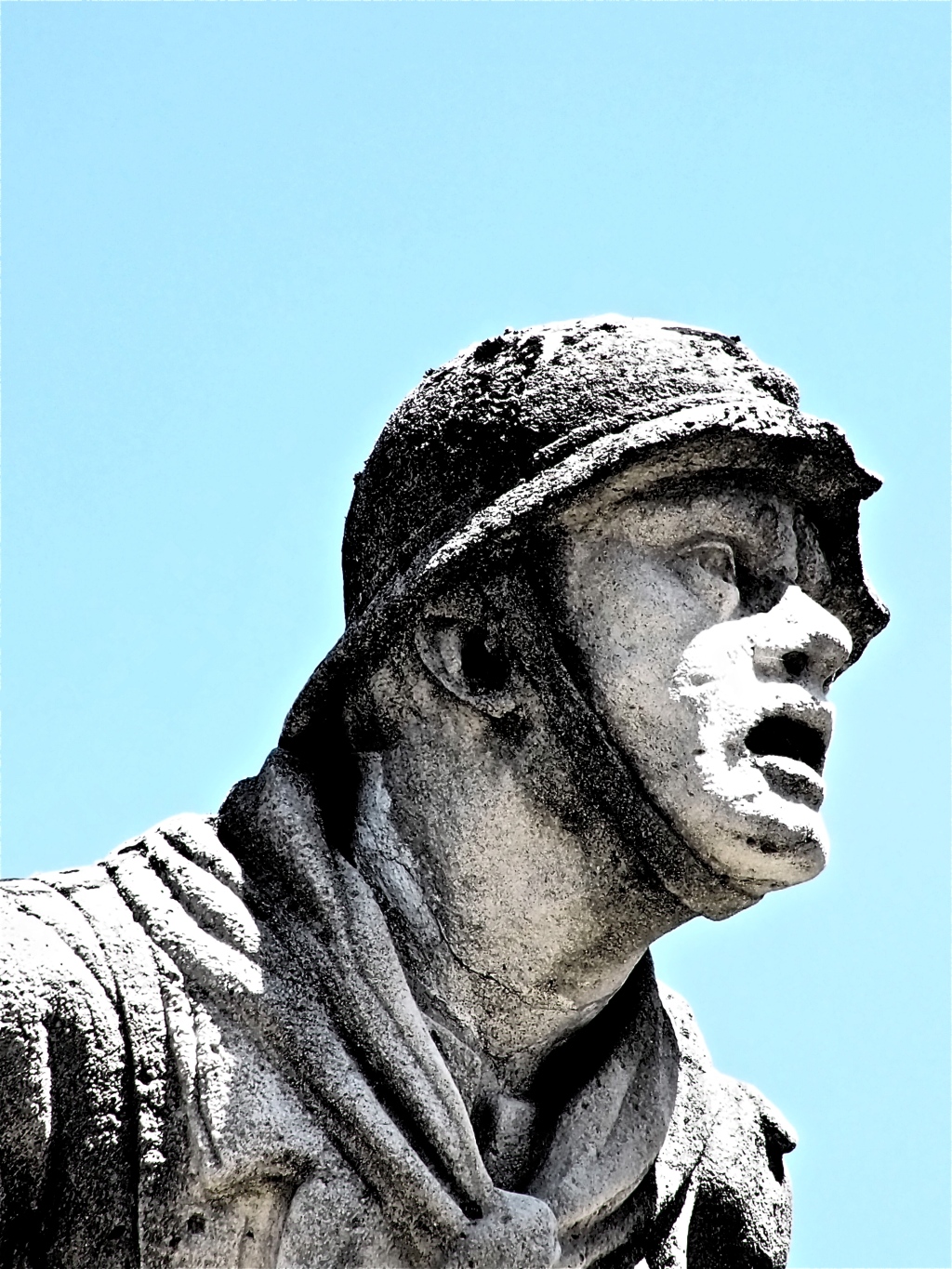 « Today we are celebrating the 100th anniversary of the end of the First World War » – the words of one journalist this morning. « Celebrating » is perhaps not the most appropriate word. It suggests enjoyment, parties, nostalgia. We celebrate great state events with pomp and circumstance, on this day though we are marking an anniversary in sombre circumstance and solemnity.

A mourning morning to remember and honour those who gave their lives. Massed ranks of soldiers divested of colourful ceremonial garb and attired in grey, looking like legions of lead soldiers. The music was mournful, thoughtful, even soothing. True soul songs. Yes, this was not a celebration.

« At the going down of the sun and in the morning, we shall remember them. »

« That corner of a foreign field that is forever England »

I wanted words to express personal feelings on this unique day, but like so many words, they all fell into hollow clichés, and the best words have already been written.

To mark this day in my own way, a soldier, cast in bronze, cast in time. An enegmatic face of a soldier who is all soldiers, statuesque on a small village war memorial deep in « la douce France, » – and these words I have contrived…

And sculpted into forever.

Cast in an everlast 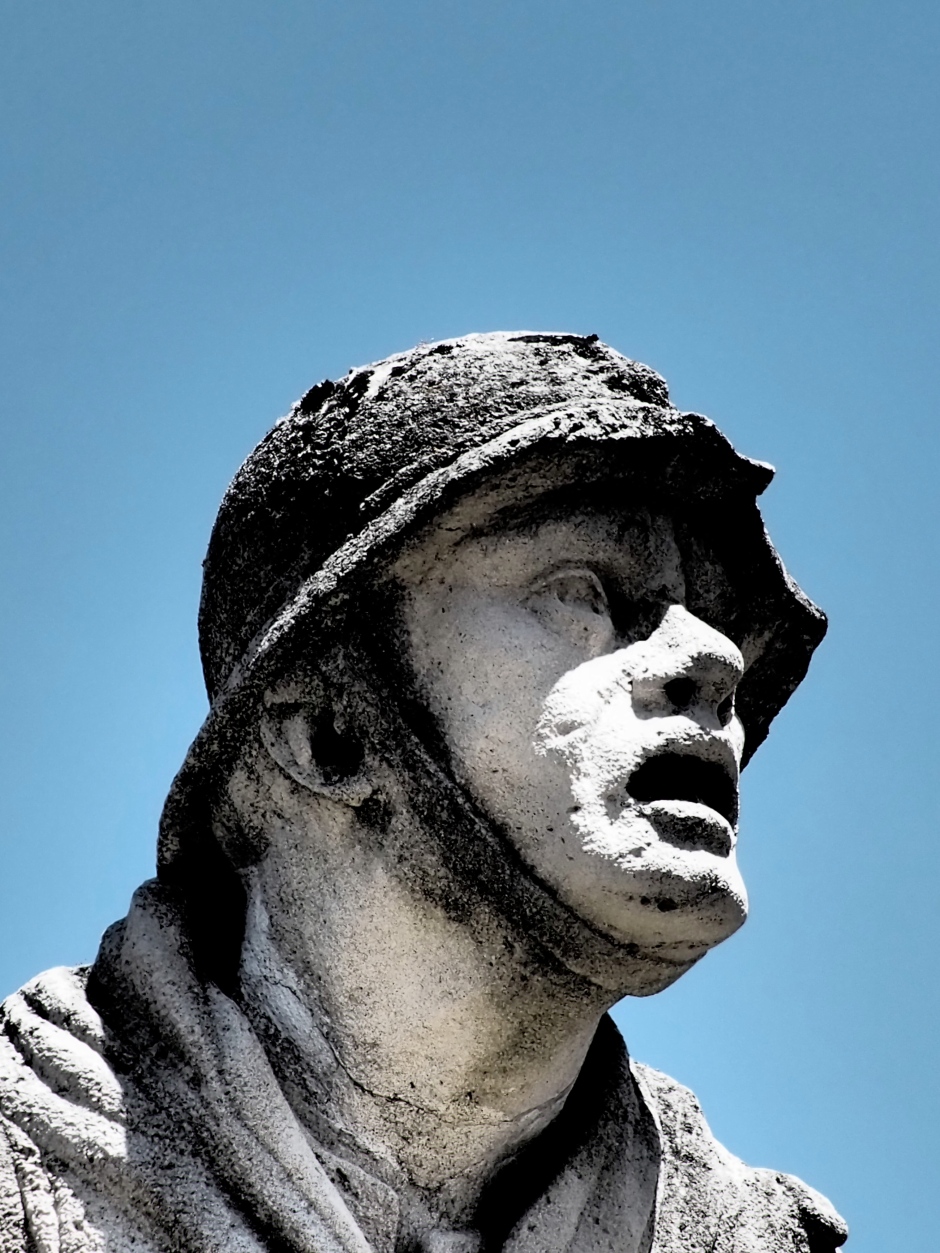 These photos, taken so far from today’s set piece solemn, ceremony. Just a simple war memorial in a small village on a summer’s day. Sculpted into his last battle, our soldier shouts his call to arms across the quiet everyday, workaday square. The sedate to and fro of villagers from butcher’s to baker’s to café – getting this day their daily bread, this day and everyday, thanks to that one last day of this soldier and a million more.

It was the war to end all wars  It was the Great War where Empire and industry forged a new killing machine so terrible that it must never be unleashed again. Yet since this war to end all wars there has been never ending war, and the lit of names on this village war memorial grows ever longer.