Amongst the calamity of a Trump Victory, the sad loss of Mr Cohen, I would like to spare a thought for the Scottish soccer team who got hammered  three nil last Friday night (11/11/16) by England in their World Cup qualifying match. I am half Scottish, though when it is an England  Vs Scotland game, I become a true Scot. 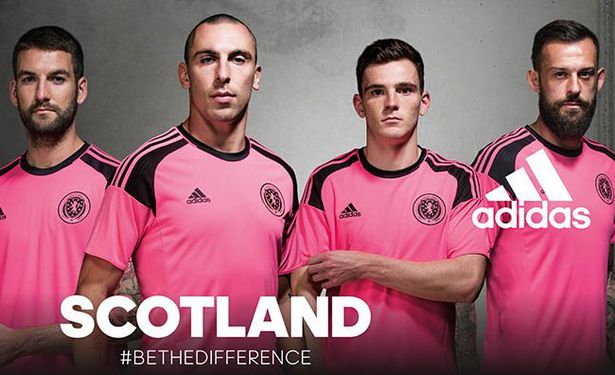 I know the reasons for the Scottish defeat, it as all down to playing in pink shirts their new pink strip. As a half true Scot though, I would say that the whole thing about being Scottish is, you are a valiant loser – better a valiant loser than an indifferent winner. History always remembers the losers because it is written by the winners and winners always need losers otherwise they would not be winners. So the English should be thanking the Scots for letting them win. Of course, history will never remember this match for the English victory, but the Scottish defeat.