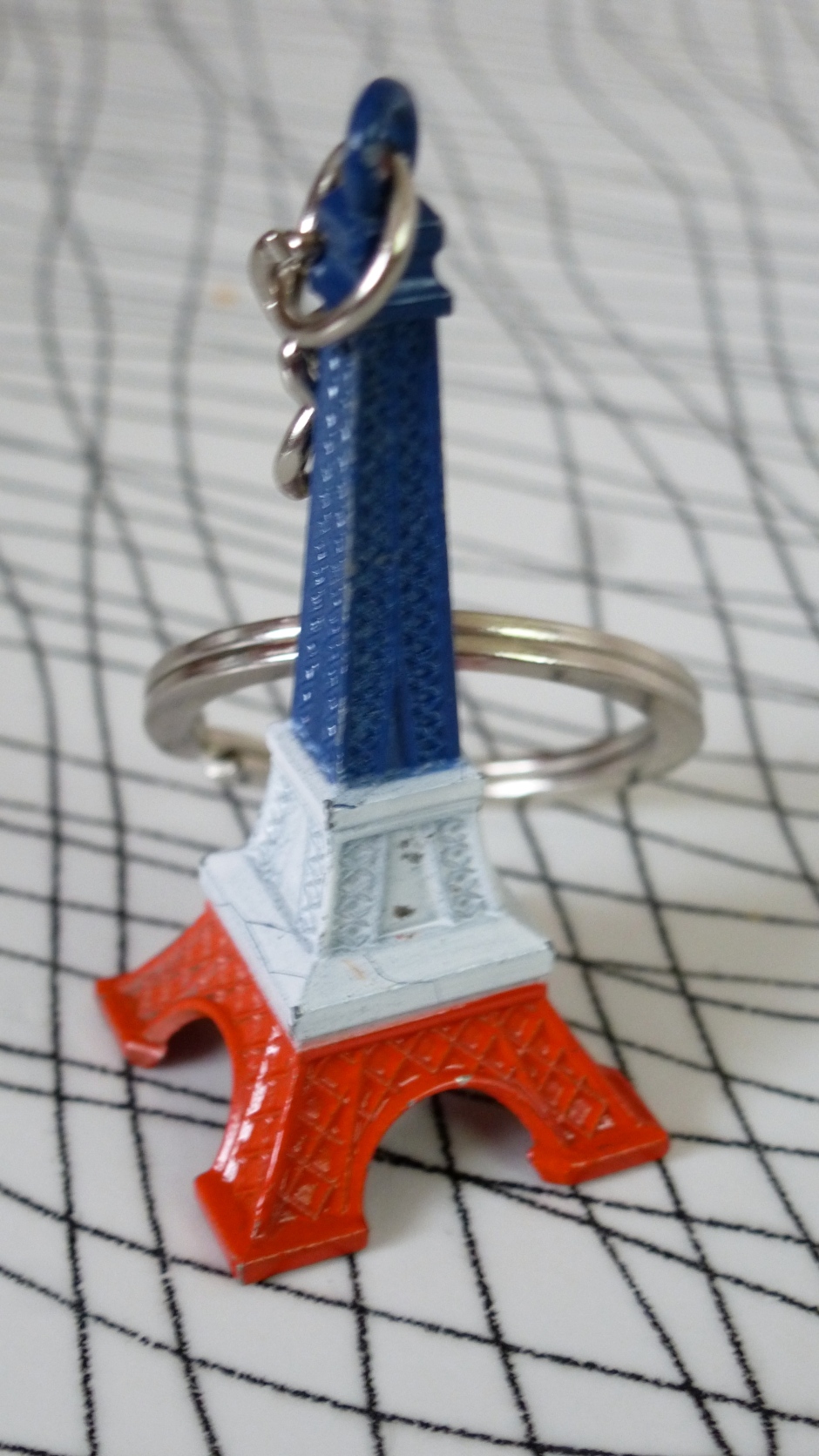 Some unchecked ramblings about the Revolution in France

Uncork the wine! Rev up the babrbie! Invite the neightbours round! – it’s Bastille Day. – Time for singing, dancing, drinking, fireworks and general revelrie.

And just what are we celebrating?? Mais la révolution les amis.

Now. The Paris mob stormed the Bastille on July 14th 1789. History recalls that on that day, King Louis XVI noted in his diary that nothing much had happened. The king only heard about the events in Paris the next day – July 15th. Well Louis wasn’t actually in Paris, but down at his palace in Versailles, and communications being what they were back in 1789, he didn’t actually hear about the events until the next day. So nowadays, you can, drive from the centre of Paris down to Versailles in under an hour. 225 years ago, it was a different story.

Just why the peasants and the mob chose July 14th to start their revolution? Well firstly; if you’re going to go storm a fortress you might as well do it on a nice day. Secondly, the start of the long French summer holidays is actually a good time for a revolution. How many times have I heard parents and students complain that they get bored during the summer holidays? Nothing like a revolution to give you something to do over the long summer vacation. Look at the Brits with their riots in 2011. So, in 1968, the French had a revolution of sorts in May, but this was only so they could get an early start to the summer holidays. I’m not being especially serious about this, however, thanks to those first revolutionaries, the French have a national holiday right at the beginning of summer. A great way to start the summer break.

So, let us dwell on the nature of revolutions. Looking for a definition. A revolution is …

I suppose it’s all of the above, however, do the men and women on the street consciously set out and say «we’re going to have a revolution.»? What might turn into a revolution, might just start out as a spot of stone throwing and rowdiness that turns into bricks, bats barricades and molotovs. The revolution comes when it is all guided, crafted and coordinated by scheming political manipulators …

Have all the revolutions you want though. The net result is that all revolutions bring you back to square one. If you dont’ get back the regime that was overthrown, you get another regime that is probably even worse than the one you had before. In the case of the French revolution we ended up with Napoleon Bonaparte – love him or hate him (and there are still quite a few French politicians around who claim to be Bonapartist) – Following Bonaparte the monarchy was restored and fwe were all back at square one. So, what did the French do? They had more revolutions, notably in 1830 and 1848. I suppose the 1870 Paris Commune was an attempt at a revolution. There are also those who argue that the events of May 1968 were revolutionary.

As we mark Bastille day, I suppose it is important to look at the modern legacy of the revolution. The nation’s revolutionary forebears set out the way that we do modern politics. Basically, when the French aren’t happy with a government policy, they take to the streets in protest. If the disgruntled demonstrators are numerous enough and scream loud enough and long enough, the government finish by backing down. It is worth noting that pretty much over the last 40 years, when the French have taken to the streets, it is not in a revolutionary spirit of change, on the contrary, it is to defend the status quo. From hard won workers’ rights, welfare issues and education, when the government of the day try to reform or simply «tamper» with  any of the traditional republican sacred cows, «la peuple» (the people) dust down their banners, and take to the streets. If things get serious, they might just mix up a molotov. The result is, France is a good place to live, generous welfare cradle to grave system, good health services, decent education. All those public services which, elsewhere, have been sold off for profit or redesigned with a money-making and value for money ehtic in mind – in France they are still public, and they work.

On the downside though, all reform is almost impossible and even the smallest proposed change is howled down because it might mean the scraoping of some age old and hard won privilige. An example A train driver in France can retire in his or her mid fifties; Many retire between the ages of 52 and 55. To qualify for full pension rights, all train drivers must have 15 years consecutvie driving service and at least 25 years service with the company Drivers qualify for retirment from the age of fifty upwards. So, someone who fas been driving a train since they were 35, and started work with the railway company in their early to mid twenties, can feasibly retire at 50. Of course many engine drivers carry on an extra two to three years just to increase their pensions. Is driving a train so stressful that drivers are all burned out by 50? Transporting passenegers at speeds of 160 km/h and over, does bring its share of responsibility, even more responsibility if you drive a high speed train at up to 350km/h – however, the early retirment age was fixed way back in 1949, just after the nation’s railways were taken into public ownership and everything ran on steam. YES, driving a steam train was far harder and with healthcare and life expectancy being what it was back in 1949, you’ll probably find that most engine drivers dropped dead shortly after retiring. Early retirment for engine drivers was one of these hard won workers’ rights I was talking about. Prior to 1949, the retirement age for engine drivers was set at 65. I doubt if many of them made it that far. Suggest nowadays that the retirement age for engine drivers just might be in need of reform and …you are attacking the rights of workers and you can be sure as soon as you can say locomotive , then engine drivers will be out on strike and out on the streets – and they were – a series of large scale rail strikes in late June and early July. This is still pretty much the French way. Strikes and protests to maintain the stays quo.

– Reform the education system, and you’ll have hundreds of thousands of teachers in the street. Suggest reforming  the health service and the nurses will be up in arms. reform the welfare system … AT YOUR PERIL. Where other countries have reformed, rationalised, privatised, outsourced, downsized or simply adapted to the realities of the modern world – France is still mercilessly unreformed, top heavy, losing money. It has a massive state sector and a huge public service employing 5 million people. Modern day France still has overtones of the UK in the seventies – public industries, trade unions with a very corporatist agenda. We are certainly unadapted to current world economic and social reality BUT (and this is the Frenchman in me speaking), what proves to me that everyone else has got it right and the French have got it wrong.

The French have lost none of their revolutionary fervour, they just use the techniques of riot, revolt, rebellion and street protest to maintain the status quo – a situation that has led many foreign journalists to label the French as «revolutionary conservatives» – and I suppose they are. Using the very same techniques that those first revolutionaries used to sweep away privilege to maintain hard won privilige.

Apart from the fireworks, the dancing and the general over-eating, the main event of Bastille Day was the military parade in Paris. Elements of the Amry; Navy, Air Force, the Gendarmerie, the Police, the Foreign Legion (yes they do still exist) and the fire brigade, all marching down the Champs Elysées in Paris to mark that day in 1789 that supposedly was the catalyst for the very bloody and lengthy sweeping away of the established order. Hey, how can a military parade be in the slightest revolutionary? Well, when we celebrate the 14th of July, we are not so much celebrating the joys of the revolution as marking the joys of living in a Republic, and what guarantees better our republican strength and security than the Armed Forces. Confused???? I suppose American readers can relate better to this concept than UK readers, but all will be explaiend in another post. Needless to say that I have spent so long writing this that it is now July 15th.